A Confession of the Heart 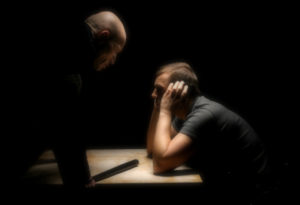 What do you think of when you hear to confess? Have you heard the phrase, “Confession is good for the soul?” That’s not just an old wise tale and something the old folks used to say. Have you ever poured your heart out to someone? Many of us are consumed with fear and are scared to be open, honest and vulnerable to “bare their souls”, not even to their spouses. A spouse is supposed to be a confidant and a best friend, someone you can trust your deepest, darkest secrets. On the other hand, you may think of a family secret, something you don’t want anyone to know; it may be something that you would only share with your closest friend.

A better question would be: How will confession help and improve my life? Let’s take a moment to see what confession means in the Greek:

In Greek, the word confession means “to say the same” and signifies an agreement or consent. It is used often in a legal context in which a man agrees with the statement of another such as conceding or confessing to something before a judge. Likewise, confession is an act of agreement or promise in a court or legal contract.
Now this is something we can relate to, right?

For example: The police officers bring in a suspect for questioning about a robbery at the First American Bank on 15th Street. The officers escort the suspect to the interrogation room, and ask him a series of questions. The first two hours, the suspect denies any wrong doing and holds strong to his story. However, the police officer finds a witness, the wife and the child of the suspect. The witness identifies the suspect and recognizes the tattoo he had on his left hand. They bring the wife and child in: when the suspect sees his family, a feeling of great shame and remorse comes over him. After an hour, the suspect is ready to plead guilty to the bank robbery, and is willing to write a confession statement. He is willing to write down the details of the crime and his involvement, plead guilty to the robbery, and accept the consequences and responsibilities of his actions. He is now at the mercy of the judge.

Does this give you a clear picture of what a confession is? This is the message Paul is relaying in the scripture. This is the kind of confession Paul is speaking about. We can see the suspect gave a confession: He changed his mind, and decided:
1. To acknowledge that he has committed a crime or
2. To admit you are at fault in some way (you’re wrong)

Also, you can see that the Bible confirms God’s Word:

Psalm 32:5 says: I acknowledge my sin unto you, and my iniquity I have not hidden. I said, I will confess my transgressions unto the Lord; and YOU forgive the iniquity of my sin.

Psalm 51:3 For I acknowledge my transgressions: and my sin is ever before me.

Psalm 86:5 For You, Lord, are good, and ready to forgive; and plentiful in mercy unto all them that call upon thee.

1 John 1:9 If we confess our sins, he is faithful and just to forgive us our sins, and to cleanse us from all unrighteousness.